Fleur de Passion,
the sailing ship who would float

Fleur de Passion tells the story of a sailing boat who absolutely would float, unlike her counterpart in Canadian author Farley Mowat's colourful novel "The boat who wouldn't float". A boat who would sail at all costs, despite the vicissitudes of time and the tumultuous history she has witnessed since her birth in the 1940s.

Fleur de Passion is about disarmament in the true sense of the term, having been a military motorboat before becoming a sailing ship. As if, despite the circumstances of her birth, her peaceful destiny triumphed over all else, enabling her to overcome the difficulties and be the platform for sharing that she has been since the mid-1970s 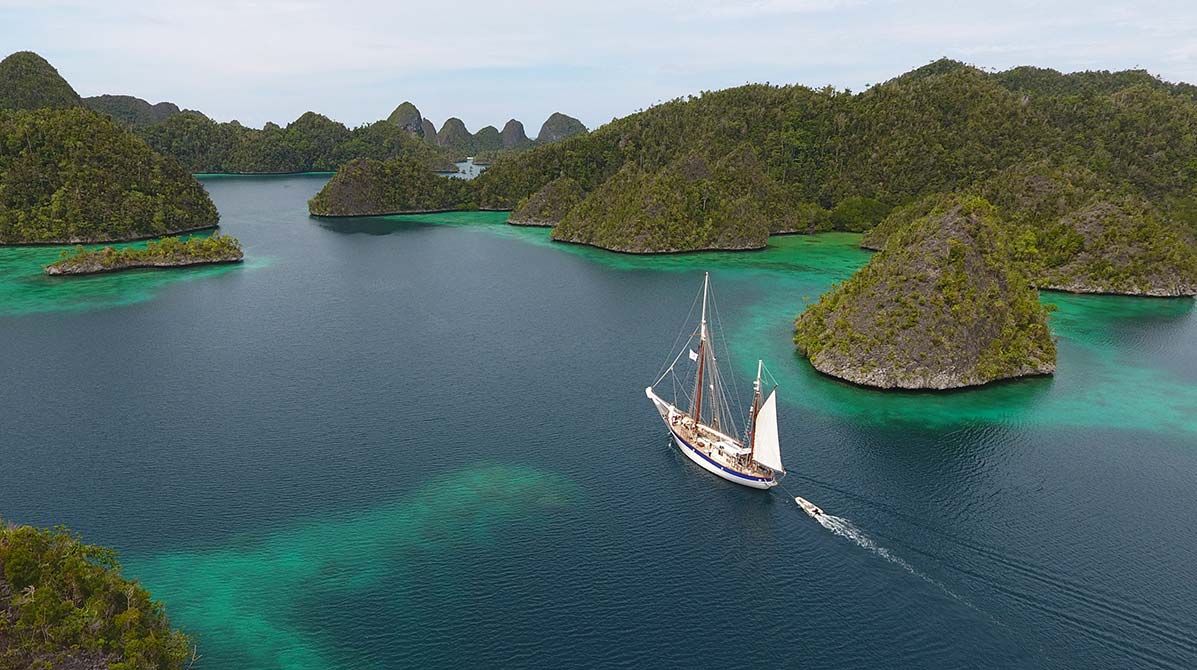 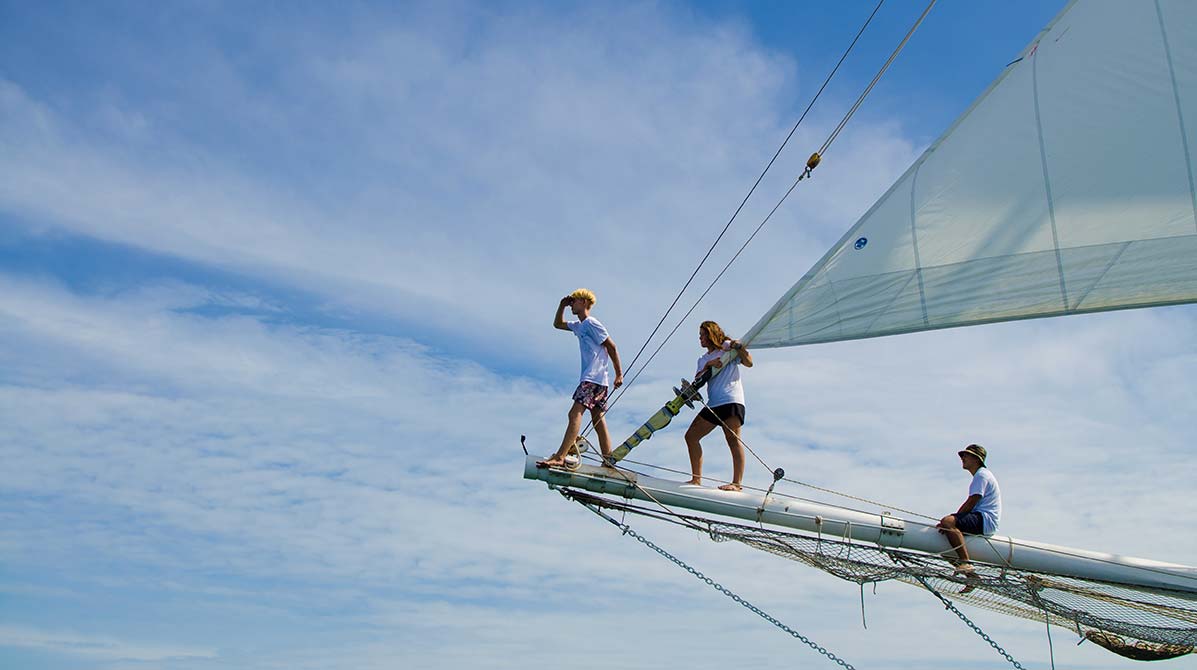 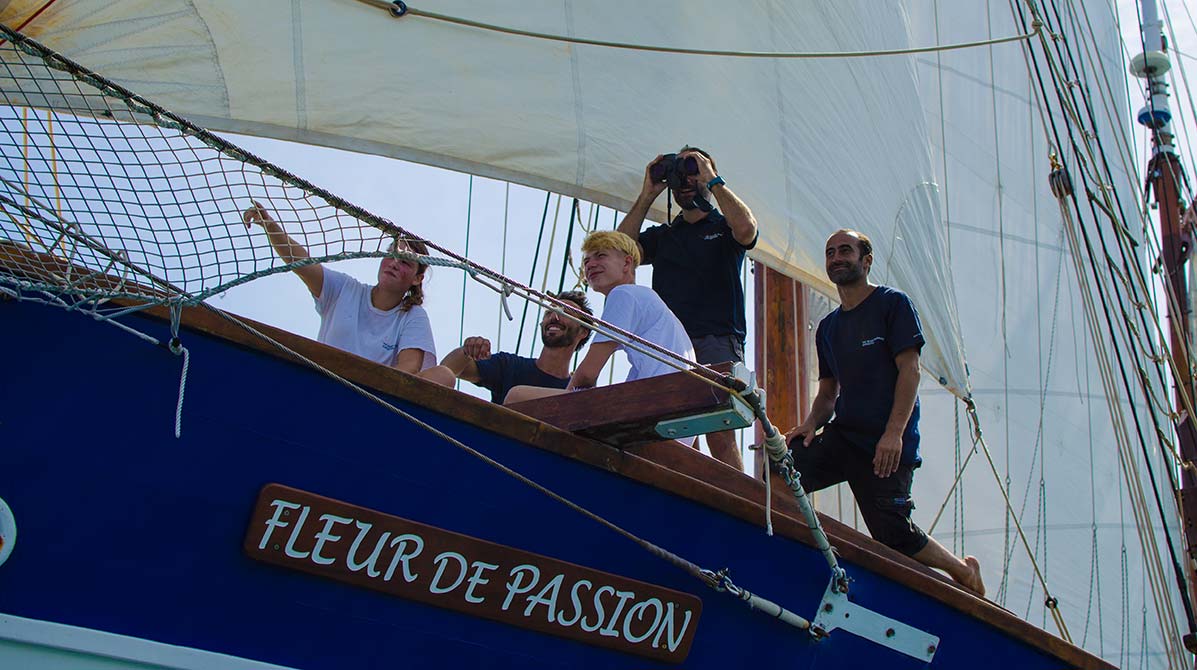 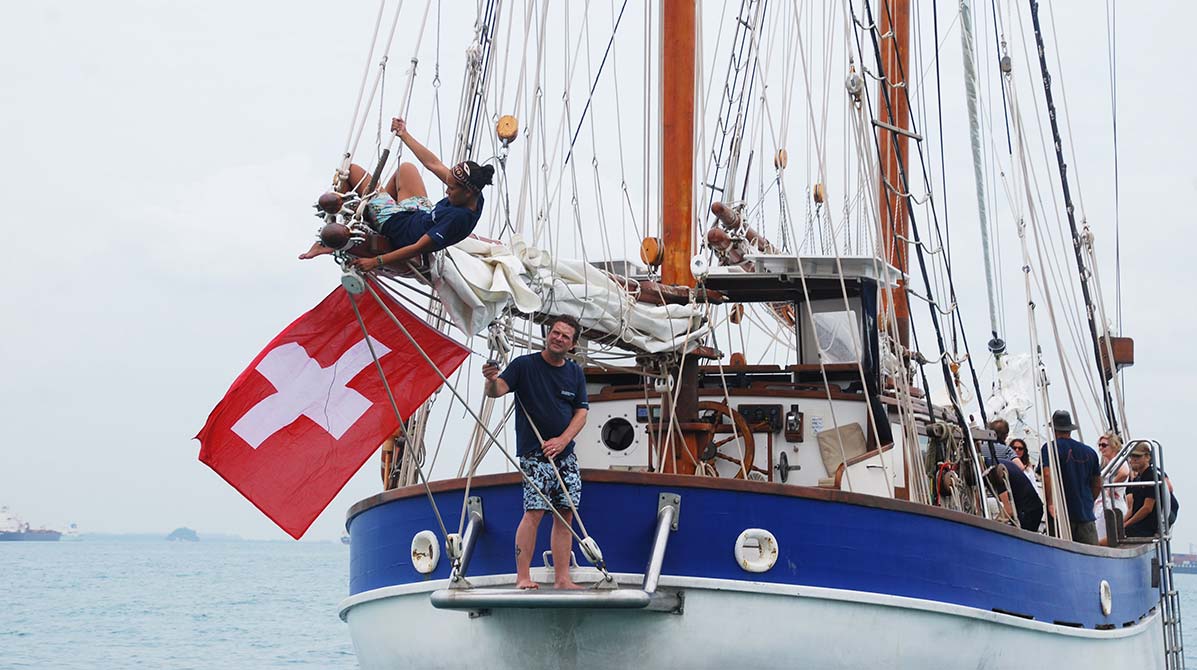 On Saturday 11 July at the Old Port of Marseille, Fleur de Passion receives her new set of custom-made sails, a few kilometres from the dock of the autonomous port where it all began about six years earlier. Festivities mark the completion of the refurbishment, in attendance is Albert Falco, long-time expedition chief of Captain Cousteau's Calypso. The next day, with a perfect breeze and blazing sun, the boat sets sail for the calanque de Sormiou not far from Marseille. The first sailing projects will now begin...

Over 6 years of extensive work begin on all aspects of the boat: the hull, structure, deck, rigging, engine room and interiors. Some 200 people from different backgrounds take part in the work, putting in more than 30,000 hours altogether: a great many volunteers, qualified professionals and members of the Association Pacifique themselves.

The Association Pacifique was founded for this purpose. Sailing under the French flag at the time, Fleur de Passion was bought in June, de-masted, then towed to Marseille in November.

Abandoned and in a sorry state for lack of funds, Fleur de Passion languishes in Fort Balaguier near Toulon. A group of friends and keen seafarers from Geneva discover her by chance during a diving holiday and decide to buy and restore her so as to prolong her peaceful mission as a platform for scientific and socio-educational projects.

LThe boat is disarmed and sold to a private person, Claude Millot, who ketch-rigs after seven years of work at Le Havre, baptizes her Fleur de Passion, and uses her in the Mediterranean and the Atlantic for socio-educational, social reintegration and scientific activities.

The boat is given to France by way of war reparations, then serves in the French Navy as a supply boat called Tréberon. She ends her military career in the Bay of Brest in the 1970s.

Built in the shipyards of Bremen, the future Fleur de Passion then served as a Kriegsfischkutter (KFK, see example opposite), a motorboat in the German navy used for coast guard activities. With a wooden hull on a metal structure, the boat is also used for mine-laying operations.
Sometimes disguised as fishing boats, KFKs also served to supply submarines or for clandestine missions. What was special about KFKs, some 600 of which would be built during the war and a few dozen surviving the conflict, was that they could be rigged for sailing in the event of an oil shortage.